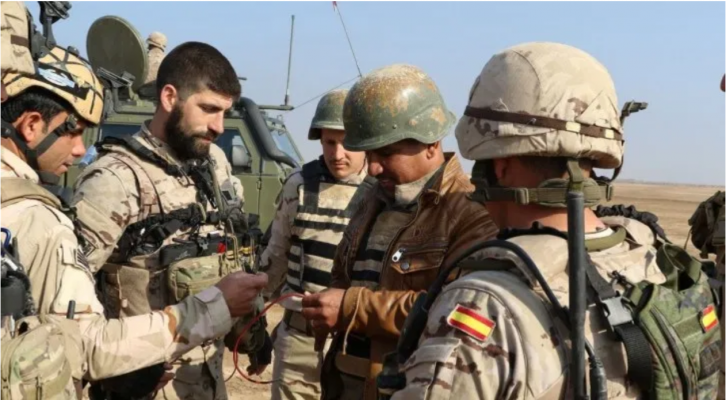 Both the Iraqi government and parliament have called for the withdrawal of U.S. and allied troops from Iraqi territory.

The assassination of the Iranian general Soleiman by the United States on 3 January in Iraqi territory has generated a situation of high tension in the region that risks entering a phase of war.

Spain has a total of 555 troops in Iraq (including the contingent of civil guards) distributed in five different locations that carry out, according to the government’s repeated reports, advisory and training tasks for the Iraqi armed forces and police.

In view of the situation created, several countries and international organizations have begun to take preventive measures to protect their troops deployed in Iraq, such as Germany, NATO itself and even the International Coalition against the Islamic Caliphate (ISIS). Therefore, the silence and lack of information of the government about the Spanish troops on the ground seems even more surprising.

Once the new government is formed and is in full office, it should begin to act decisively and quickly and attend to the request of the Iraqi government – and parliament! – which is asking for the withdrawal of the American troops and their allies from their country.

Spain has no interest in the area and there is no reason to maintain a presence that the country’s government rejects and that puts the members of the Spanish military mission in danger.

Spanish troops should never have been there and there is still no reason for them to be; but in addition, their remaining, by mandate of NATO, in the current situation, makes the Kingdom of Spain an accomplice to the treacherous assassination, not only of the most respected general in the Middle East and his entourage, together with representatives of Iraqi organizations, but also of a recognized negotiator of the government of Iran in Iraq, ordered by the president of the United States, after confirming personally to the president of Iraq his support to the initiative of conversations for the de-escalation of the conflict, a crime of State and an act of international terrorism.

SPANISH TROOPS OUT OF IRAQ!

NOT TO THE SUBORDINATION OF THE SPANISH POLICY TO THE IMPERIALIST INTERESTS OF THE UNITED STATES OF NORTH AMERICA!