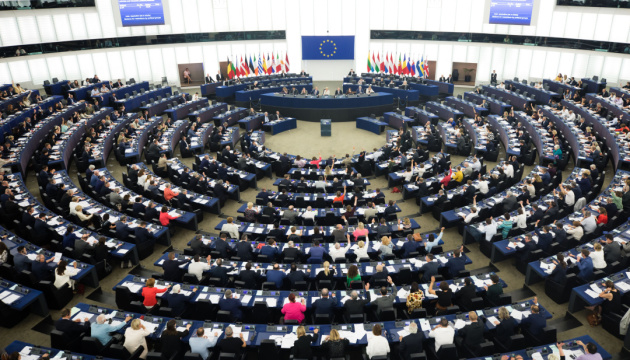 This text has supposedly been prepared to commemorate the 80th anniversary of the outbreak of World War II, for which, instead of condemning Nazism and its atrocities, it presents the Soviet Union, the heroic victor of the Nazi monster and the main victim of its atrocities, as the cause of the “conflict” and co-responsible for them.

Following the discourse of this text, we see the German-Soviet treaty of 1939, which allowed Hitler to approach the Soviet border, as a historical argument, with the intention that history was in charge of demonstrating, of executing his plan, established in Main Kampf, of conquering his “living space” and exterminating and enslaving “the race of Slavic sub-humans”. For the capitalist states it was an opportunity for someone to destroy the Soviet “bad example,” an “unattainable competitor,” (as Thatcher would later say) that forced them to make so many concessions to the unions of their countries.

Faced with this way of manipulating data, there is evidence that the Soviet government and Stalin, with these pacts (which, on the other hand, allowed them to recover the territories appropriated by Poland in its intervention in the Russian civil war) gained the time necessary to move their military production to deep Siberia and with that they were able to SAVE HUMANITY, DEFEATING THE NAZI MONSTER that the British, French and American philonazi oligarchs contributed to creating.

Referring several times to the mentioned treaty, the text avoids condemning the promoters of Nazism, the British, French and North American oligarchy. Suffice it to recall the shameful 1938 Munich agreements, the non-intervention and betrayal of the Spanish Republic, the surrender of Austria, the betrayal of Czechoslovakia, the French armistice or the British withdrawal.

The text we are commenting on does not mention either the “German-Polish non-aggression pact” signed between Nazi Germany and the regime sympathetic to the Marshal Piłsudski in 1934, which gave way to a period of good relations until Hitler, after the 1938 Munich agreements with the United Kingdom and France, reactivated the conflict with Poland in 1939, after the invasion (consented by the United Kingdom and France) of Czechoslovakia, in order to approach the USSR.

The text perseveres in the campaign organised by representatives of EU countries with neo-Nazi governments (Poland, Czech Republic, Lithuania, Estonia, Latvia, Hungary) and actively supported by the right wing and the anti-communist social democracy of the European Parliament since 2005, framed in the Russophobia campaign promoted mainly by sectors of the military-financial complex and the Deep State of the United Kingdom. Particularly painful is the silence of the representatives of the European left in parliament.

It is a real offensive of anti-communist Historical Counter-Memory, with which the post-truth created by the CIA during the Cold War, in the 70s and 80s in particular, is institutionalised, especially by its field agent turned historian, Robert Conquest, laureate of Thatcher and Reagan for his work.

The main line of this strategy consisted, with a cynicism only preceded by the campaigns of the Nazi Goebels, in equating Nazism and Communism to try to soil the image of the latter, provoking universal repugnance on the former for his conscientious genocidal practices that killed tens of millions of people for their ideology, nationality or race.

The CIA campaign, with Conquest as its main contributor, developed with the exacerbation until the delirium of the story of the Ukrainian Nazis, which the CIA recruited and protected for decades, in which they artfully attributed to the Soviet state the genocidal barbarities that they themselves, led by Stephan Bandera, carried out. It was also based, naturally, on the Trotskyist account of their confrontation with the Soviet state.

Thus, one of the elements of this campaign is the criminalization of Iosif Stalin with the concentration on his person, both the consequences of the attack and harassment suffered by the USSR since its foundation, as well as those of the internal conflicts that he experienced during the first part of his mandate, since 1922 as Secretary General of the CPSU and since 1941 as President of the Council of Ministers of the Soviet Union.

These conflicts involved confrontations, sabotage, terrorist attacks, imprisonments, executions and deportations; nothing that was not present with equivalent, if not greater, intensity in the Western States of the time, involving the personal responsibility of individuals such as Churchill, Roosevelt or Truman, not to mention the responsibility of the French, Dutch, Belgian, British or North American States in the numerous massacres and genocides they carried out in Korea, Algeria, India, Vietnam, Indonesia, the Congo, South Africa, and a countless number of countries in Latin America.

From the analysis, criticism and historical judgement to which all political leaders must submit, and bearing in mind that the political decisions taken by States are not the exclusive responsibility of a single person, Stalin’s contributions to Soviet economic and social development, his contribution to victory in war and his role as an international leader, respected in life, cannot be denigrated by the propaganda campaigns launched after his death and above all, such manipulation and misrepresentation of historical data cannot be passively condoned or tolerated.

Finally, the text is not satisfied with denigrating Stalin, the Soviet Union and the communist organizations, which were persecuted by Nazism until its extermination in many cases, were constituents of the bulk of the national liberation movements that faced it in Spain, France, Italy, Yugoslavia, Albania and Greece; it proposes to formalize and impose on member countries the prohibition of the use of communist symbols and above all, the prohibition of carrying out a serious historical analysis that shows the aberration of invented post-truth that they want to impose.

The commissioners who promote them are real anti-communist agents:

Timmermans, is a Dutch diplomat turned social democrat who worked during his “military service” in the Dutch intelligence as interrogator of Russian prisoners, supposed spies, and was the ambassador of this country in the USSR during the events of 1991.

Jourová is a Czech byproduct, converted to social democracy in 1993, multi-transfugue to become liberal, with corruption cases behind him.

We at FAI ask the Communist Parties in Europe to proudly defend the dignity of their organisations’ anti-fascist struggle heritage, denounce the historical tropelía and combat the political persecution that this initiative seeks to promote.

In particular, we call on the Communist organisations present in the European Parliament or in the national parliaments to raise their voices and denounce this campaign of perversion of history, defamation and persecution.

Honour to the European Communist fighters!

Long live the Great Victory of the Soviet People!