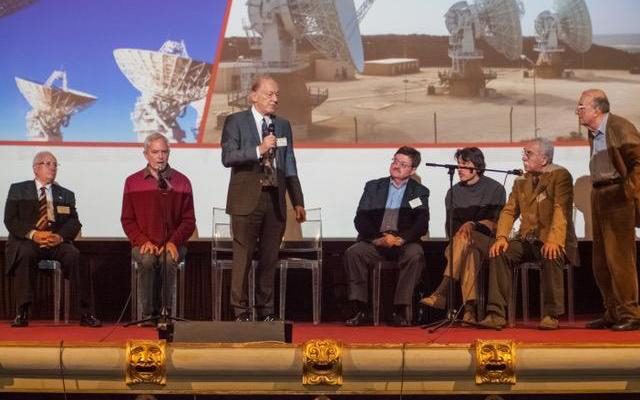 Florence Declaration for an International Front for NATO’s exit

The colloquium organised jointly by the Committee No to War, No to NATO (a network to which the Internationalist Anti-imperialist Front has joined) and Global Research (a centre run in Montreal by Michel Chossudovsky), which took place in Florence (Italy) on 7 April in the presence of 600 participants, on the occasion of the 70th anniversary of the creation of NATO, has issued the following Declaration:

The danger of a great war that, with the use of nuclear weapons, could mean the end of Humanity, is real and growing, although public opinion does not perceive it since it is kept in ignorance of this imminent danger.

Getting deeply involved in getting out of the war system is vitally important. And that raises the question of the membership of Italy and other European countries in NATO.

NATO is not an alliance. It is an organisation under the orders of the Pentagon, whose objective is the military control of Western and Eastern Europe.

U.S. military bases in NATO member countries serve the country that occupies them and maintains a permanent military presence there that allows Washington to exert its influence and control over the countries that host those bases and prevent decisions from being made in a truly democratic manner.

NATO is a war machine that operates according to the interests of the United States, with the complicity of the big European power groups and becoming guilty of crimes against humanity, as happened in the wars against Yugoslavia, Afghanistan, Libya and other countries.

The war of aggression waged by NATO against Yugoslavia in 1999 paved the way for the globalisation of military interventions, with wars against Afghanistan, Libya, Syria and Syria, in total violation of international law.

These wars are financed by [NATO] member states, whose military budgets are constantly increasing, to the detriment of social spending, to support colossal military programmes such as the US $1.2 trillion nuclear programme [1].

In order to get out of the war system that causes more and more damage and exposes us to the imminent risk of an extensive war, we have to get out of NATO by imposing our right to be sovereign and neutral states.

In this way we can contribute to the dismantling of NATO and any other military alliance, to the reconfiguration of structures throughout the European region, to the formation of a multipolar world where the aspirations of peoples for freedom and social justice are realised.

We propose the creation of an international NATO Exit front in all European NATO member countries by building an organisational network at a grassroots level capable of supporting the very hard struggle that will have to be waged to achieve this goal, which is vital for our future.

COMMITTEE No to War, No to NATO / GLOBAL RESEARCH Florence, 7 April 2019

70 years of war No to NATO bases out!
English Statements