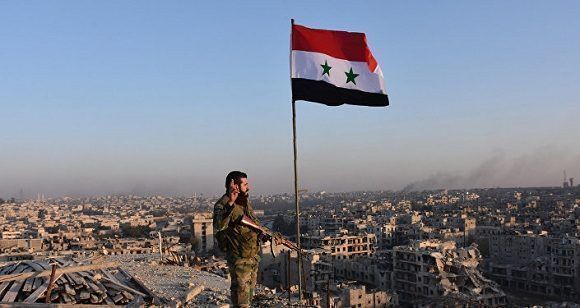 Phase Change in the Imperialist War in Syria

The internal front, the interposed armies, the support of the Western imperialist bloc have not succeeded in defeating the Syrian army or deposing its government. Once this strategy has failed, external aggression is imposed, the direct intervention of the imperial armies. This strategy logically requires renewed media warfare campaigns.

The recent threats of direct attacks by the US on Russian contingents located in Syria and the call in the Spanish state for acts and actions by organisations that use left-wing symbols and slogans against Russia are part of the new strategy.

The FAI once again pronounces itself against the imperialist war and denounces the manipulation and distortion of the news in order to criminalize the Syrian government and Russia and thus prolong the war and the suffering of millions of human beings. The information mercenaries and so-called intellectuals hired by the media are our first front in the struggle to uncover the truth.