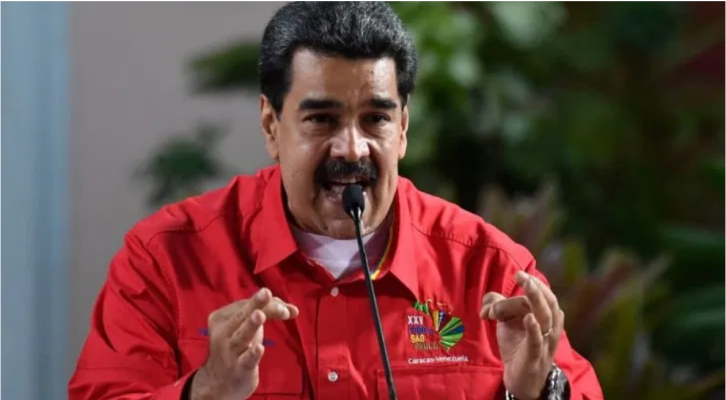 The U.S. Administration has just declared Venezuelan President Nicolas Maduro responsible for drug trafficking. Once again, the United States is acting like a mafia government, threatening, extorting and trying to break the resistance and sovereignty of the Venezuelan people.

Today, the U.S. announced rewards to bring former Maduro regime officials responsible for international narcotics trafficking to justice. The people of #Venezuela deserve a transparent, responsible, representative government that serves the needs of the people.

This is not the first time that the United States has resorted to accusations of drug trafficking to try to overthrow a president and justify intervention in a sovereign country. Hugo Chávez himself said that this type of accusation was going to happen, calling it “the Noriega plan”, because the empire used the accusation of drug trafficking to invade Panama in 1989 and bomb the popular neighborhood of El Chorrillo.

Anyone who is minimally informed knows that the U.S. is the largest consumer of drugs in the world and that it controls drug trafficking worldwide, with sustained military operations to control opium production in Afghanistan and cocaine production in Colombia. The DEA (Drugs Enforcement Administration) controls the drug trade in the US and drug lobbies are a major political actor in the US and use it as a powerful tool of social control.

It is widely documented that the US has used drugs, including designer drugs, to destroy resistance movements. For example, LSD, according to Naomi Klein’s research, was developed in the 1960s by government laboratories and disseminated among the peace movement to end the social movement against racial segregation and the empowerment of the Afro-descendant population. The so-called “Black Power” was destroyed by the introduction of heroin from Vietnam and later crack into black neighbourhoods.

At this time when the world is shocked by the Covid-19 pandemic, the U.S. hegemon does not miss the opportunity to increase its attacks on Venezuela. Because Venezuela continues to be, together with Cuba, the greatest Latin American example of dignity and sovereignty; and the hope of all oppressed peoples that it is possible to stand up to imperialism. Because it is only possible to survive the imperialist barbarism from sovereignty and independence by defending the human values of respect and solidarity as the Venezuelan people and government do.

From the Anti-Imperialist Internationalist Front, we denounce this latest maneuver by Secretary of State Pompeo and we recommend that he look inside his house, where hundreds of thousands of his citizens are victims of drug abuse stimulated by his own elites, to whom they report fabulous benefits. We denounce the war that the U.S. administration has waged against the Venezuelan people and its government; and we demand that the persecution of Venezuelan leaders and the Bolivarian Revolution cease once and for all.

We cannot fail to denounce the danger posed by these new threats to Venezuela, since time and again the United States resorts to lies to justify an armed intervention, it did so with the non-existent weapons of mass destruction it used to invade Iraq and it can use it today to accuse the legitimate Venezuelan president by taking advantage of the state of shock in which all countries find themselves.