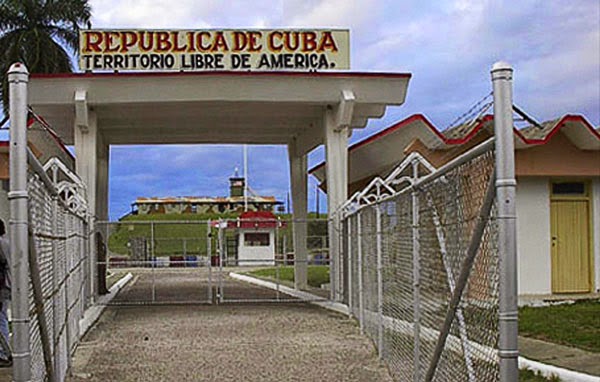 This February 23rd marks the 117th anniversary of the illegal occupation of Guantanamo Bay in Cuba by the United States. A territory of little more than 100 square kilometers in which the United States maintains a naval base and also, since 2002, an illegal internment center for alleged Al Qaeda combatants.

In 1903, under conditions of military occupation, a lease agreement was signed between the United States and Cuba whereby the said territory was ceded in exchange for rent. Since the triumph of the Revolution in 1959, Cuba has been denouncing this treaty, refusing to receive the lease and demanding that the US end its occupation of Guantanamo Bay.

In 1969, the International Convention on the Law of Treaties, held in Vienna, declared in its article 52 as null and void “any treaty the consent of which is attained by the threat or use of force”, as occurred in the installation of the Guantánamo base.

The existence of the Guantánamo base is in addition to dozens of other military installations of the United States and other NATO allies in the Latin American subcontinent. The paradox is that the region was declared a “Zone of Peace”, in a proclamation signed by 33 countries in the region at the 2nd Summit of the Community of Latin American and Caribbean States (CELAC) in January 2014.

All these military installations constitute a permanent threat to the sovereignty of nations, from which continuous acts of harassment, destabilization and military aggression, open or covert, are promoted against those governments that do not comply with the demands of the US administration, especially against the Bolivarian Republic of Venezuela.

In this context, the role of the local oligarchies in the various governments, which consent to the presence of these military bases in their sovereign territories in order to see their petty subordinate interests supported, is especially condemnable.

This panorama is far from being exclusive to the Latin American subcontinent: the tentacles of the US military force extend to more than 800 bases and installations distributed throughout the world. In the case of Spain, the bases at Rota and Morón play a major role as a strategic supply point from the US and as a force projection for all military operations in the Greater Middle East, Sub-Saharan Africa and, more recently, as a military fence for Russia.

The local oligarchies that grew up with Franco’s dictatorship allowed the installation of these bases in exchange for political support to break the international isolation of a regime of recognized fascist origin. The never-ending recovery of democracy in Spain has allowed the survival of such bases, to the point that today it is unthinkable that they should be merely questioned, even among the sectors of the “new government of progress”.

Silence on this subject will not avoid the reality of the facts: the Kingdom of Spain is an accomplice to the war crimes that the United States commits from our territory; but, in addition, its silence on the crimes of the military power of the United States, its permanence as an unconditional ally in NATO and its inactivity in seeking alliances and alternatives for the dismantling of such pernicious instruments, only lead to the sacrifice of the right of the Spanish people to live in peace and to resolve conflicts by peaceful means, as proclaimed by the Constitution of the Second Republic: “Spain renounces war as an instrument of national policy.”

From the Anti-Imperialist Internationalist Front we call on all anti-imperialist, solidarity and peace organizations to denounce the illegal occupation of Guantanamo by the United States and the existence of more than 800 US military bases abroad.

Likewise, we demand from the Spanish government the immediate exit of the criminal organization NATO and the closure of the US military bases in Spanish territory.

FOR THE SOVEREIGNTY OF THE PEOPLES!

OUT OF AMERICAN HANDS FROM CUBA!