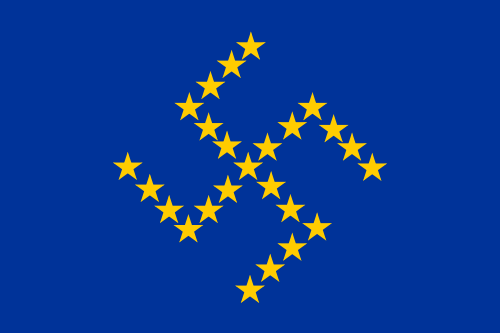 The Anti-imperialist Internationalist Front has known the strong position expressed by the Association for Human Rights of Spain on this Resolution. Because of the clarity of its legal arguments and the importance it has in revealing its shameless anti-communist doctrinal orientation, the FAI makes this statement its own and asks its readers to disseminate it as widely as possible:

The Pro Human Rights Association of Spain expresses its rejection of Resolution 2019/2819(RSP) of the European Parliament, of 19 September, on the importance of European historical memory for the future of Europe. This resolution equates de facto Nazism with communism, ignoring that this refers to a “doctrine that establishes a social organization in which goods are collective property,” according to the Spanish Royal Academy, or a “movement and political systems, developed since the nineteenth century, based on the class struggle and the suppression of private ownership of the means of production,” according to the same institution. There is nothing in these meanings that can be considered criminal or the cause of totalitarian practices. Likewise, the Royal Spanish Academy defines Nazism as a “political and social movement of the German Third Reich, of a totalitarian, pangermanist and racist nature”, making evident its anti-democratic and criminal character, according to a democratic point of view. APDHE is aware of the crimes and atrocities that have been committed in the name of communism, as has been done in the name of any other political ideology or religion. However, it cannot be defended that communist ideology inevitably leads to the commission of crimes. A communist is criminal only because of the criminal acts he may commit, not because of ideology; the same can be said of an independentist, a nationalist, an anarchist or a conservative. Crime is not in the DNA of communism. However, it is in Nazism when Adolf Hitler’s reference text, My Struggle, justifies the appropriation – which can only be violent – of territories for an alleged right to a “living space” in Germany, or when it defends the inferiority of races and peoples, which entails an alleged right to their submission. Whoever kills in the name of communism, anarchism, religion or any other doctrinal vision is criminal in terms of murder, not the ideas he defends. However, if a political or religious doctrine defends the superiority of one race or any collective over other human beings and grants the right to impose oneself by force, in this case one can legitimately speak of an anti-democratic and criminal ideology that is likely to lead to crimes against humanity.

The path taken by the European Parliament with this resolution leads to a dangerous drift towards the criminalisation of any dissent with what is known as single thinking’ and therefore leads to the suffocation of the necessary democratic deliberation, which must have ideological alternatives to the existing political, social and economic reality.