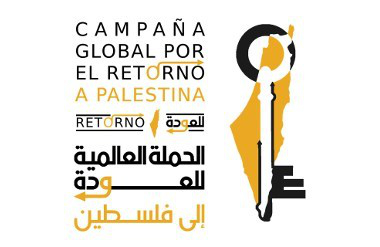 Since the blockade of Gaza began in 2007, this small part of Palestine, which is considered the largest open-air prison in the world, has lived through three wars, which have actually been inhumane aggressions by the Zionist Entity, the last and most deadly being that of the summer of 2014 which left 1,462 civilians dead, including 551 children and 11,231 wounded. On Saturday, May 4th of this year (2019), Israel’s attacks have left 25 Gazans dead and hundreds injured, in addition to 271 Palestinians, including 44 children and 31,249 wounded, in protests called “Return Marches” since March 30, 2018.

The events of the last few days are not really new. This is the continuation of the ethnic cleansing that the Zionist state undertook on May 14th 1948 and that continues today. The self-proclamation of the Jewish State of Israel in 1948 was done with the expulsion of more than 800,000 Palestinians from their lands, the assassination and massacres perpetrated by Zionist terrorist groups that would later make up the current occupying Entity. The Palestinians call these events Al-Nakba (catastrophe). More than 1.5 million Palestinians in Gaza are refugees and there are more than 5.5 million Palestinian refugees worldwide.

There is no doubt that the Zionist objective is the extermination of the Palestinian people.

Al-Nakba (the catastrophe) was not a natural event but was perpetrated by the Zionist entity of Israel which has acted as a colonial power, which has been the gendarme of the whole area and which practices with the Palestinian people an apartheid comparable to that which took place in South Africa: It takes over their land, destroys their homes, imprisons and kills young people who resist occupation, tries, by all means, to expel the Palestinian population from Jerusalem and practises ethnic cleansing unprecedented in the history of mankind.

The Zionist Entity of Israel is the clearest example of a colonial military enclave. An enclave that is maintained thanks to U.S. economic and military aid, and the support and complicity of its European partners. All this in spite of the fact that it systematically violates all the United Nations treaties and resolutions and that it constitutes the greatest threat that exists for the whole region since it is the only possessor of nuclear weapons.

Imperialism, led by the American power, is in economic, military and geopolitical decline. In its attempt to maintain hegemony, it extends war to the entire planet and increases tension in areas that are vital to its survival, such as the Middle East.

The president of the United States, Donald Trump, with the decision to move the American embassy to Jerusalem and the so-called “Agreement of the Century”, which he intends to launch in June, has made a declaration of open war to the Palestinian people and with it to all the Arab peoples of the area. Once again it violates the mandate of the United Nations, the multiple resolutions issued for more than seven decades, the right of the Palestinian people to return and international law. This new US declaration of war could not have been made without the connivance of the allied countries, especially Europe, as well as the Arab monarchies.

The Spanish state is one of the strongest allies of Zionism and the United States. For years it has tried to give the appearance of a mediator in the conflict, but the reality is that all governments to date have favoured the insertion of Zionism and its discourse in our institutions. Zionism, which, let us not forget, is a racist and xenophobic ideology, the first sister of fascism. In addition, the Spanish State has a key role in the new phase in which the World War has entered.

The Zionist control of the mass media and an important part of the social networks has built a propaganda campaign that tries to turn the Palestinian victims into terrorists and thus legitimise the Zionist state. The idea is to silence and hide barbarism by means of image bleaching policies that go so far as to hold the Eurovision contest in Israel, the only non-European country admitted to the contest.

From the FAI we defend that any human being who loves peace, cannot fail to raise his voice against imperialism, in solidarity with the Palestinian people and their right to fight for the recovery of their land, their right to return and the capital of their state in Jerusalem.

No to the washing of the face of the Zionist Entity!
Boycott to the Eurovision Song Contest!
Jerusalem, capital of Palestine!
Long live the struggle of the Palestinian people! Long live free Palestine!