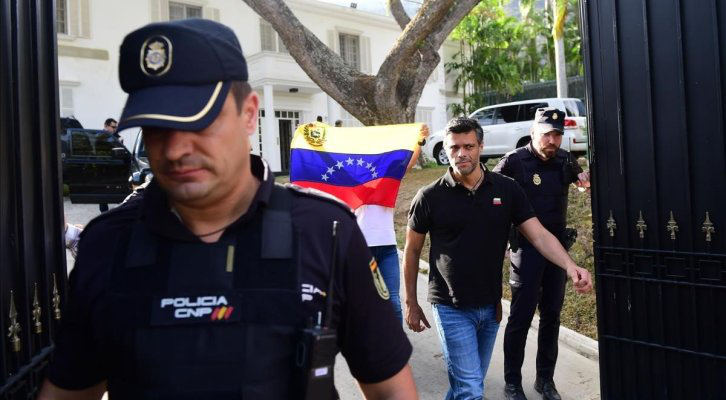 To the Presidency of the Government of Spain
Mr. President:

On April 30th, the Spanish Embassy in Venezuela hosted Leopoldo López, a prisoner on the run from his house arrest, where he was serving a sentence of 13 years, 9 months and 7 days in prison for the crimes committed during the actions known as “guarimbas” that caused 43 deaths and more than 800 wounded, many of them belonging to the forces of public order and extensive material damage to public and private property.

On April 30, he escaped from his house arrest granted for humanitarian reasons, participating in a military and civilian armed group raid that was rendered ineffective by the Venezuelan government. Later he took refuge in the Chilean embassy and finally requested protection for himself and his family in the Spanish embassy.

This embassy cannot give him any type of asylum without violating international law and Spanish laws that regulate this type of protection. The formula that has been used to prevent him from continuing to serve his sentence has been the condition of “guest”.
Faced with this situation, we would like to know if you consider housing a fugitive from justice, firmly convicted for crimes that in our country are categorized as terrorism, in a sovereign country whose government is recognized by the United Nations, conforms to the principles of non-interference of the United Nations Charter and specifically to its Resolutions 2131 (XX) and 2625 (XV) of the General Assembly of that organization.