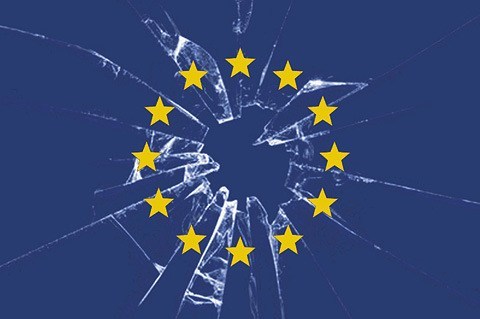 Manifesto “For the sovereignty of peoples, No to the European Union”.

We reproduce the following manifesto against the European Union, to which the Internationalist Anti-imperialist Front has just expressed its support:

Social, trade union and political organisations in Europe subscribe to this manifesto in which we want to address workers all over the continent:

We reject the European Union as a political-economic, military and cultural structure dedicated to the domination of the peoples and the working class whose objective is to maintain the capitalist, imperialist and patriarchal system for the benefit of a few.

We live in times of increasing fascism, times of racism and xenophobia, of machismo and continuous violence against women and dissident bodies, of closing borders and violation of individual and collective rights, times of impoverishment of the population and loss of labor rights, times of destruction of territories and local agriculture, and of plundering of resources both inside and outside the European Union, times of privatizations and cuts demanded by capital, times of migratory exoduses from inside and outside the European Union, times of repression of those who mobilize, sing or write against the established power, times of denial of the right to self-determination of peoples, times of intensification of imperialist aggressions by  the United States of America, the European Union and NATO… In short, times of aggression against peoples and the working class as a whole.

But it is clear to us that this is not a cyclical situation that will be restored over time, but that it is structural: the response of the powers of the European Union to further develop and thus perpetuate the system of capitalist accumulation. The European Union was born precisely to defend and maintain the interests of the European elites, no matter how much they wanted to show us a friendly face.

That is why we say that it is not possible to reform the European Union so that it responds to the interests of the peoples and the popular classes. The Troika, the European Commission, NATO, EUROPOL… are totally undemocratic structures and the European Parliament is an inoperative and parasitic body at the service of elites and transnationals. Any alternative of democratization will pass through the deconstruction of the European Union and the construction of an integration model which, beyond the current geographical area, will be based on solidarity and the sovereignty of peoples.

Therefore, the organisations that signed this manifesto call for increased internationalist solidarity and for a joint start on designing an alternative to the European Union, at the service of the peoples and the working class.