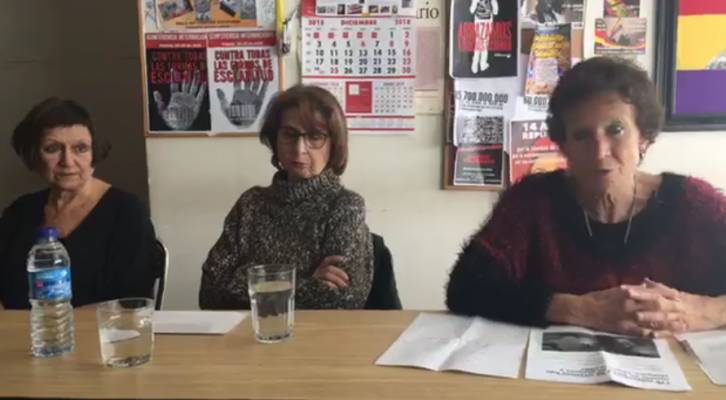 On the day on which they have given testimony before the Audiencia Nacional, the Internationalist Anti-imperialist Front shows its solidarity with comrades Ángeles, María and Beatriz, prosecuted for the alleged crime of financing terrorism. Her crime was to open a bank account about 3 years ago to collect funds for humanitarian aid to the population of Gaza, which had recently been the object of several attacks by Zionist forces, leaving a trail of destruction and unbearable death. The money would be given to the well-known Palestinian fighter Leila Khaled, who represented the Popular Front for the Liberation of Palestine.

In this Kafkaesque country, where the concept of terrorism has been stretched to the grotesque, it is gratuitous to recognize an impostor president, an essential piece in the deployment of the war against Venezuela (when the greatest war crime is to provoke the war itself), while persecuting those who show their solidarity and support for the fighters and dignified resistance fighters.