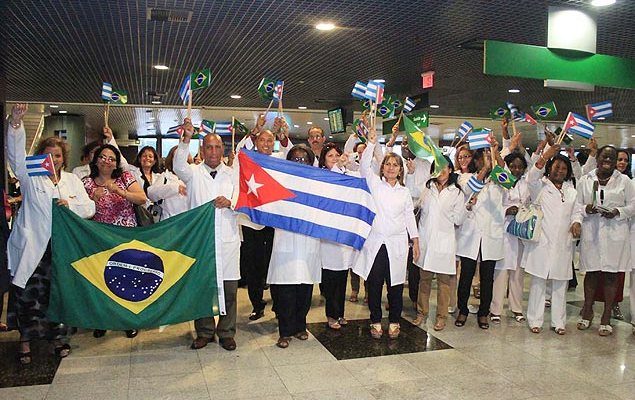 The Internationalist Anti-imperialist Front ( FAI ), respects and supports the sovereign decision of Cuba to withdraw the medical mission that worked for years in Brazil, in the face of the threats and offenses of the new president, Jair Bolsonaro.

Bolsonaro is a notorious fascist who deprives his people of Cuban medical care, internationally recognized for its excellence. Millions of human beings in the world have received the attention of Cuban professionals, yet another example of the profound solidarity and internationalist character of the Revolution.

The current government of Brazil -and the main institutions of the state- are the result of the so-called fourth generation wars and act as a criminal organization, subordinating the life and health of its people to the interests and mandates of the empire.

The FAI supports the decision of the Cuban government and will always continue to support Cuban humanity and internationalism on all anti-imperialist fronts.