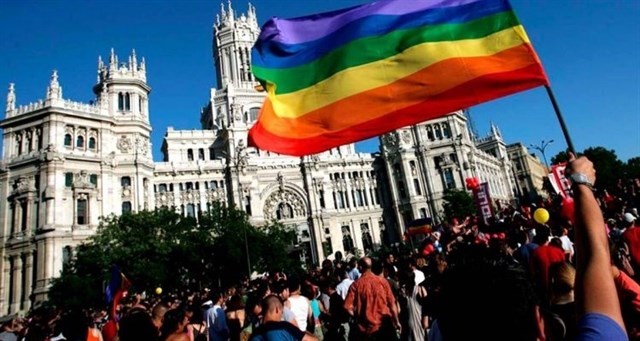 NETTA, LISTEN: PALESTINE IS NOT A TOY

Communiqué of the Internationalist Anti-imperialist Front

A ghost travels through Europe, but this time it instills fear and not hope. The great anti-fascist victory in Europe, which would not have been possible without the partisan resistance movements and the huge military efforts on the Eastern front, has allowed, for decades, under the banner of anti-fascism, all forms of inequality to be fought simultaneously. Both those based on class difference and those derived from discrimination on the basis of gender, race or sexual orientation.

No one will dare to deny that, on many occasions, those who have held radical positions in relation to class conflict or imperialist logic have also been conservative in relation to the social position of women or sexual freedom. The last fifty years of left wing history are marked by an awareness of how patriarchy, in alliance with capitalist domination, conditions how we act, think and feel.

But in recent years, at the same time that this contradiction is still present, another complementary contradiction is gaining increasing weight. The problems related to the crisis of capitalism, of political institutions, and of our totally predatory ecology are such that, in “fortress Europe”, in a self-absorbed imperialist West, we often prefer to look the other way. We focus our attention on problems that we seem to be able to solve because, supposedly, they are a matter of will, of self-education. We turn global forms of discrimination, complex, rooted in the material logics of our societies, into “problems of the First World” for European pijos.

This is the general diagnosis that explains such an unfortunate decision as inviting Israeli singer Netta to perform at this year’s Pride festivities. This decision is linked to the growing depoliticization of the official Pride festivities, to which the Critical Pride initiative has already responded.

Israeli society is an exacerbated version of European societies. A society whose cohesion depends on state racism, security paranoia and military expansionism. A society educated to permanently look the other way, and in which it is practically impossible to open internal spaces of resistance and struggle against injustice. A society founded on the hypocritical use of the victims of one genocide as a perpetual justification for another, the genocide of the Palestinian people.

Netta sings “I’m not your toy” to raise her voice against machismo and other forms of harassment of the different. But, what a coincidence, Netta does not raise her voice against racial stratification in Israel. Nor against the fact that his state behaves in the Middle East like a bully in a schoolyard. Netta celebrates his victory in Eurovision as the Israeli army kills unarmed Palestinian demonstrators. In this Netta is no different from most of his Israeli compatriots. Nor of a large part of the European citizens. That is why the BDS (Boycott, Divestment and Sanctions) campaign is fully justified: the Israelis have to realise what kind of government they have, and we Europeans have to realise what kind of state we are tolerating.

Netta is not only indifferent to the colonial, racist and authoritarian nature of his state but, when asked the question, closes ranks with his government’s decisions, stating, for example, that Jerusalem is the capital of Israel’ and that the holding of Eurovision in that city is a great opportunity to change the narratives of Israel’s information’.

As the Critical Pride and other organizations of the LGTB+ movement have already done, we demand that the organizers of this year’s Pride festivities, the FELGTB and COGAM, reconsider and withdraw their invitation, otherwise they will incur in the meaninglessness of raising their voice against discrimination on the basis of sexual orientation, while those who have no problems with racism, authoritarianism and the military expansionism of their own state are tolerated.

We ask all those who will celebrate another year, with pride and joy, that no form of love is immoral, unnatural or pathological, to prevent the rainbow from being stained with red blood.

Equidistance is not possible in the face of the Palestinian cause. Anyone who does not take a stand against Israeli apartheid and occupation is an accomplice to a crime against humanity.

Equidistance is not possible in the face of the Palestinian cause. Anyone who does not take a stand against Israeli apartheid and occupation is complicit in a crime against humanity that has already lasted seventy years.

PALESTINE IS NOT A TOY

FOR A PRIDE FREE FROM APARTHEID