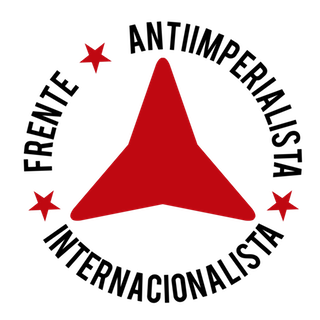 This constituent meeting was attended by a large group of activists from political and solidarity organizations of various nationalities and territories of the Spanish state. The political and ideological principles that give cohesion to the front, the objectives, the priorities and the initial structure of the organization were agreed upon.

It was agreed that the FAI is a plural and flexible organization, strongly cohesive politically and ideologically, whose perimeter is political and not territorial.

It was also considered that at the present time, our capacity to confront imperialism is increasingly far from being effective, despite the numerous evidences of the rise of the domination of some countries over others by means of force and the realization that the most powerful powers of the planet resort to any means to subjugate the peoples and countries that are an obstacle to their interests.

The concentration of forces, the overcoming of fragmentation and political-ideological cohesion is an unquestionable necessity and this is the reason for the constitution of the FAI.

We share the view that imperialism, capitalism, war and fascism are elements of the logic of accumulation, that we are in a phase of imperial expansion that seeks to dominate the planet, that this domination is carried out by any kind of war anywhere in the world and that in all cases the violence used has no limits. Since the fall of the socialist bloc, NATO, as the military force of the Western imperialist coalition, has expanded its imperialist offensive on a global scale, constantly acting behind the back of international law. The consequences appear every day in the media: millions of dead, mutilated and displaced people, a suffering that continues to grow and whose causes are systematically hidden and manipulated by the media, the cultural industries and the political class. The West has developed a powerful propaganda apparatus to get the population to agree to ignore barbarism. Wars appear as necessary, and are justified in defence of the highest values of humanity: freedom, democracy, human rights, peace… emptying them of all content and turning them into slogans of imperialist strategy.

We also share the view that the Spanish state is the protagonist in this recolonisation of the world. Its geostrategic location at the crossroads of the Europe-Africa and Mediterranean-America axes is crucial as a base for strategic operations. The anti-missile shield at the Rota base, the Combined Air Operations Center (CAOC) in Torrejón, the US Special Air-to-Earth Crisis Response Force in Morón, the High Availability Ground Headquarters in Bétera and the strategic militarization of the Canary Islands are key elements of the War-World. We increased our expeditionary forces in Africa, the Middle East and Eastern Europe, our military budget has increased by 80%, while social cuts continue (pensions have increased by 0.25%). Everything points to our militaristic drift as our interference in Latin America grows in the interests of the United States, of which we are spokespersons in the European Union.

Here are some of the political foundations of the IAF:

In the same way that we share essential ideological and political principles, we share the idea that only the concentration of forces can have a real impact, that it is necessary to give coherence to all partial struggles from an internationalist point of view and that it is necessary to provide ourselves with a unitary structure of a permanent nature, from which to contribute to education and theoretical debate and to increase the number of people involved in the struggle.

The FAI has adopted a flexible structure, a Coordinating Board, which allows both the joint identification of priorities for action and the coordination of the activities and autonomy of the member organizations within their territory or scope of work. It also articulates and disseminates experiences and knowledge through Working Groups that address different parts of the world or specific sectors such as NATO and the role of the Spanish state. The latter issue will be the subject of the Third Session of the Permanent Peoples’ Tribunal Against the Imperialist War and NATO, to be held in 2018 and to be organised by the FAI.

We call on the organizations and people whose principles place them in the struggle against domination, exploitation, dispossession, crime and human suffering to join this unitary space of resistance and anti-imperialist struggle and thus become part of the peoples and countries that for decades have been relentlessly confronting this barbarism.