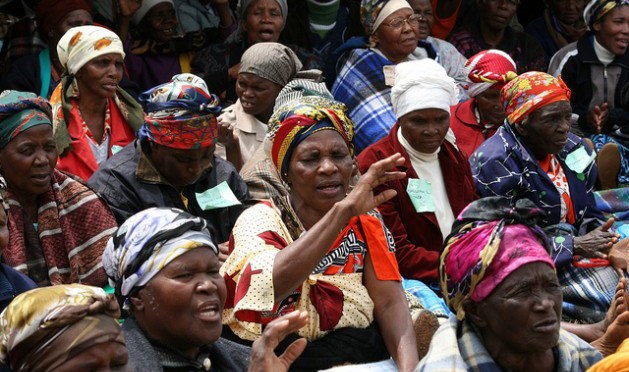 The Internationalist Anti-Imperialist Front against treason in the NATO referendum

On 12 March it will be thirty-two years since the Spanish state held a referendum on Spain’s continuity in NATO structures, which the government of Calvo Sotelo (UCD) had incorporated in 1982, subjecting this permanence to three essential conditions:

Catalonia, Euskadi, Nafarroa and the Canary Islands were the territories where the NO obtained the majority of votes; in the rest, the YES was imposed by a small margin and not peacefully.

The trajectory followed by the PSOE with Felipe González from Spain’s entry into NATO in 1982 with a “NATO, not entry”, to the affirmation in 1984 that NATO brought together “the democratic countries”, is highly clarifying. This 180º turn from its initial approach reveals its blatant electoralist use and already made us foresee that those promises and supposed guarantees were going to remain a deception and a betrayal.

Regardless of the captiousness of the question itself, since it was designed to wrest a ‘yes’ from a population that is mostly inclined to not belong to this military organisation, almost immediately the null will to comply with what was promised and voted for is evident. Shortly afterwards, the Spanish state signed a Cooperation Agreement with the United States whereby “both governments will grant the authorisations regulated in this Annex without requesting information on the type of weapons on board ships”. Furthermore, ships” will be exempt from inspections, including customs and health inspections”, which highlights the empty rhetoric of a ban for which no control measures are established.

The consequences of remaining in NATO were soon reflected in the enthusiastic support of the Spanish state for the process of destruction of Yugoslavia unleashed by what would later become the EU. With great fury, the allied countries, mainly Germany and the United States, economically and politically destabilised it in order to promote its disintegration, providing arms and support to the Croatian and Bosnian fascists. From there it went on to direct military intervention in Bosnia, supported by a gigantic media intoxication campaign that would present it as a “humanitarian intervention”, to conclude with a unilateral operation of destruction of Serbia by NATO, both with the participation of Spanish forces. This would be its first open “war”, led by the infamous member of the PSOE, Spain’s Solana, as its Secretary General.

The first of the conditions of the referendum was soon violated by the PP government of José María Aznar, thus opening the door to active participation in almost all the war scenarios of imperialism (Iraq, Afghanistan, Libya, etc.) promoted by successive governments, with the clear purpose of achieving a place in the imperialist structures.

In the same way, the second of the conditions of the consultation was breached when a clause was later introduced to the Convention by which the US can install, store or introduce nuclear weapons in Spanish territory “with the prior authorisation of the government”, which remains in nothing as there are no means to control the movement of such weapons through our territory.

As for the progressive reduction of the US military presence in Spain, the policy of all governments has been precisely the opposite. The Rota base is one of the most important in Europe, from where warships depart to fire their weapons over cities and territories in the Middle East. This is where the naval component of the “anti-missile shield” is based, making the presence of several American frigates in the area constant. For its part, the Morón base has been a staging and refuelling point for US strategic aviation in all campaigns in the Mediterranean, the Middle East, Central Asia and Africa. In 2015, the government accepted the permanent presence in Morón of a force of 2,200 marines for immediate deployment in operations in Africa and the Middle East.

The government of Felipe González, seeking to consolidate the place of the Spanish state in the imperialist chain, used the 1986 referendum to deactivate legitimate popular demands for peace and security with promises that it had no intention of fulfilling.